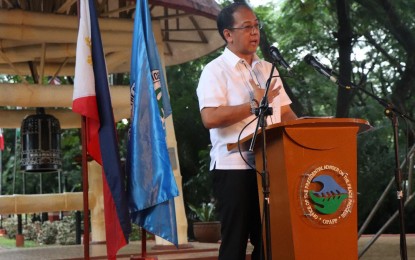 MANILA – The pursuit of a comprehensive peace process in the country has been intensified under the Duterte administration, Secretary Carlito Galvez Jr., the Presidential Adviser on Peace, Reconciliation and Unity, said on Wednesday.

Galvez reechoed President Rodrigo Duterte's 2016 commitment to the nation to implement the structures of all the signed peace agreements which should stem from the constitutional and legal reforms.

The government's six-point peace and development agenda, he said, has been very crucial in the pursuit of peace in the country, which was effectively implemented under the Duterte administration.

"Being the first Mindanaon President, he had a very deep understanding of the Bangsamoro Peace Process knew what he had to be done to sustain the gains of peace," Galvez said during the pre-State of the Nation Address (SONA) Forum of the Security, Peace, and Justice Cluster.

"The implementation of political and normalization tracks of the comprehensive agreement on the Bangsamoro took a major leap forward during this administration."

Galvez said the passage of the BOL, which pave the way to the creation of a new autonomous region in Muslim Mindanao, has "embodies the dreams and aspirations not only of the Moro people but the entire Filipino nation."

These former combatants, he added, are now living as "peace and productive" civilians, following the improvement of the battle camps to more resilient and progressive communities.

"Tinalikuran na po ng ating mga mandirigma ang buhay ng karahasan at ngayon ay tumutulong sa pamahalaan upang isulong ang kapayapaan at kaunlaran sa kanilang mga lugar (Our combatants have given up the life of violence and are now helping the government to promote peace at prosperity in their areas)," he said.

The harmonization of initiatives among national line agencies has also been realized through the creation of the Inter-Cabinet Cluster Mechanism on Normalization, he said.

"We also demonstrated our sincerity to fulfill our commitments made with the Moro National Liberation (MNLF) Fronts under the 1996 final peace agreement," he added

He noted that the government has established two coordinating peace committees to engage with the two MNLF faction leaders, Nur Misuari and Muslimin Sema, to strengthen the GHP-MNLP peace process agreement.

Galvez cited the MNLF has also become an integral part of the Bangsamoro Transition Authority (BTA), wherein 10 of them are representing the group.

Currently, the transformation program is being crafted to address the concerns of former combatants and their families.

"It is expected the program will commence in Sulu, this year," he noted.

Meanwhile, Galvez, also designated as a Cabinet Officer for Regional Development and Security (CORDS) in Central Luzon, said the creation of the National Task Force to End Local communist Armed Conflict has provided a "safe space" for constructive engagement within communities infiltrated by the communist terrorist groups (CTGs).

The government has pushed localized peace engagements to convince the members of the communist rebels to return to the folds of the law, he added.

Galvez said these peace engagements have paved the way to bring back the normal living conditions of the residents--away from violence and atrocities perpetrated by the CTGs.

"Ang lahat ng ito ay nagpapakita na nais ng administrasyong Duterte na wakasan ang paghahasik ng takot at kaguluhan ng communist terrorist groups sa mga komunidad at tuluyang maingat ang antas ng kabauhayan ng mga residente nito (All of this is a manifestation that the Duterte Administration is committed to ending the sowing fear and chaos of the communist terrorist groups within communities and to finally uplift the living conditions of the residents)," he pointed out.

The dismantling of the Kilusang Guerilla-Sierra Madre of the New People's Army (NPA), the armed wing of the Communist Party of the Philippines (CPP), is among those cited benefits of the creation of the NTF-ELCAC, according to Galvez.

The CPP-NPA is listed as a terrorist organization by the United States, European Union, the United Kingdom, Australia, Canada, New Zealand, and the Philippines.

He said the signing of the clarificatory implementing document (CID) under the closure agreement has hastened the transformation process of the 727 Kapatiran members, who also undergone a decommissioning process on Sept. 19, 2019.

Some 724 have received livelihood settlement grants amounting to PHP50,000 each.

While 266 of them underwent to Community Defense Program (CDU), a 45-day training as peacekeepers, in preparation for their deployment to their respective communities in Negros and Panay Islands.

Galvez said the government has also made sure that the Closure Agreement with the Cordillera Bodong Administration-Cordillera People's Liberation Army (CBA-CPLA) would continue to move forward.

The government seized 444 firearms, of which 353 weapons were turned over to the Police Regional Office in Cordillera.

Galvez said 508 CBA-CPLA former members and their next-of-kin have been employed as forest guards in the Cordillera Region.

He said the government is sincere to push the peace process by all means and is willing to help the former rebels to uplift their living conditions, assuring more progressive and developed communities for them.

Apart from implementing peace agreements, the government has also pushed for social healing and peace-building programs in war-torn communities.

The program promotes social cohesion, mutual understanding, and reconciliation across the country, which would provide viable platforms for the participation and involvement of the women, youth, and other vulnerable sectors.

Galvez said the efforts are currently being utilized in Marawi City following the siege in 2017.

The present administration also continued the implementation of the PAyapa at MAsaganang PamayaNAn (PAMANA) program from 2017 to 2021, carrying out over 4,000 developmental and socio-economic interventions worth PHP18 billion, within conflict-affected communities nationwide.

The program supports the building of peace, progressive and conflict-resilient communities, he said.

"This is a result of our collective efforts and continuing commitment to work together in pursuing a just and lasting peace and sustainable development," he said. (PNA) 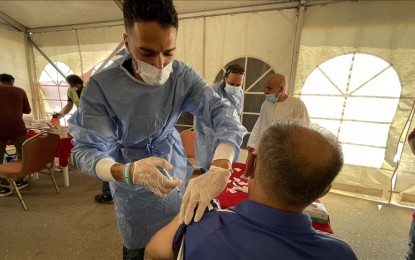