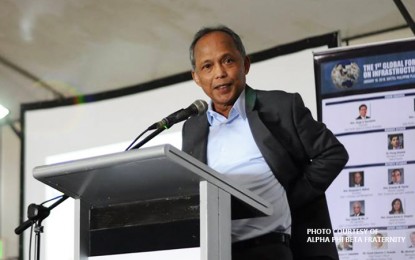 MANILA – The Department of Energy (DOE) said the memorandum of agreement (MOA) signed between the National Transmission Corp. (TransCo) and the First Catanduanes Electric Cooperatives, Inc. (FICELCO) is vital in providing a stand-alone system to far-flung areas which are not yet connected to the main grid.

“DOE makes sure that the national policies are properly implemented and executed. As mentioned by President Duterte, we must finish our projects within this administration,” DOE Secretary Alfonso G. Cusi said during the signing ceremony on April 30.

With the signing of the deal, residents of Catanduanes may now look forward to a more stable and reliable electricity at a lower price as it will pave the way for the island’s interconnection to Luzon Grid and for a modern system operation.

The island interconnection will also benefit all consumers in the country since FICELCO will no longer be needing subsidies that reflect to the consumer’s electricity bills as Universal Charges for Missionary Electrification (UCME).

Under the agreement, TransCo shall:

* Conduct the feasibility study, including hydrographic analysis for the engineering design of the Catanduanes Island Interconnection to Luzon Grid;

* Establish an Island Control Center, including Supervisory Control and Data Acquisition (SCADA), and telecommunications system for System Operation; and

* Enhance the technical capability of FICELCO in developing, operating, and maintaining the 69-kV transmission system, among others.

TransCo will likewise initially operate and maintain the 69-kV sub-transmission interconnection and turn over these duties to FICELCO upon development of its technical capabilities. It will also perform all functions of System Operator (SO) in optimal dispatching of power plants to achieve least-cost generation of electricity and real-time control of the power grid to maintain a stable, secure, reliable, and efficient power system.

In a separate message, Matibag said the partnership with FICELCO is just the beginning of the TransCo’s plan to interconnect small island grids to Luzon Grid to address lingering power-related issues.

He also thanked the DOE for the trust and confidence by designating TransCo to perform as System Operator in off-grid areas and to provide the needed technical assistance of the electric cooperatives.

Pursuant to DoE’s Memorandum Order dated 4 February 2021, TransCo was mandated to be the Off-Grid SO for any small-grid or off-grid power system with more than one power supplier.

"It is our privilege to become instrumental in empowering and stabilizing power in our small islands. We are one with the Energy Family in addressing the inadequate, unreliable, and costly power supply and delivery system,” Matibag said.

He said by interconnecting the small islands to the main grid and performing independent [System Operator], “disputes among the service providers and controversies related to procurement of power supply shall be put to an end.”

“The construction and installation of the submarine electric cable distribution is not just a testament [to] this country's innovation, but is [also] a worthwhile investment that will economically benefit the Catandunganon,” Cua said.

Sanchez, the proponent of House Bill No. 01194 which provides for the in-principle approval of the said agreement between TransCo and FIELCO, said the project would save the national government and Catandunganon around PHP6 to PHP20 billion in savings and “assure citizens of zero brownouts and a cheaper cost of electricity in the long run.”

TransCo, a government-owned and controlled corporation operating under the DOE, is the owner of country’s power transmission assets. (PNA) 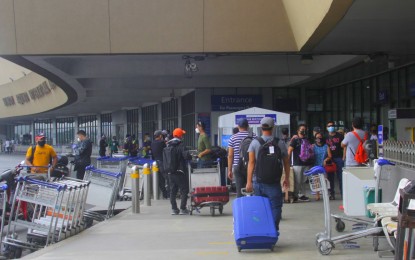